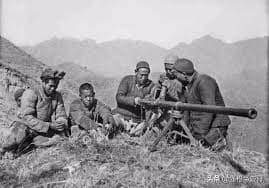 On Chinese gun control. First, de facto warlordism dominated China in the 30s and 40s, guns were spread across the countryside, which often had their own village militia. 2nd, 20 million is a BS number. 3rd, deaths unlike Stalin’s purges were mostly not state executions … but from the bottom up by the masses themselves. Lastly and most interestingly, gun control under CPC was actually VERY LOSE until the 90s. In addtition to numerous militia, not only were guns not uncommon in Chinese villages, there’re many bombs, cannons, and mortars.

Gun training and militia organizations were in fact actively encouraged due to real US and Soviet military threat. Average # of guns per capita were around 2, roughly similar to that of US today!!! Yet from the beginning China was also plagued by its problems.

China didn’t have many US style psycho mass shooters, but they DID suffer from village feuds. Clans of villages, tied with blood, often fought over land, water, or sth completely arbitrary. Often they began with melee brawls, then knives/spear before culminating in gun battles.

In 1993, one of the largest feuds occurred in Hunnan involving up to 5000 villagers. It was a genuine battle in every sense of the term. Hundred of guns, grenades, and knives, plus dozens of artillery were involved. Sophisticated battle front tactics were emplyed.

Both sides had “commanders”, specialized combatants and logistic units, battlefield hospitals converted from village clinics, and organized formations, etc. Hundreds were killed or wounded after hours of bombardment before the militarized police finally stopped it.

Incidents like these, along with rise of gangs and criminal activities in the cities (some had even considerable political influence) during the chaotic 90s pushed the Chinese authorities to adopt its current strict gun control laws in 1996.

Gone were the days of warlords and imminent military threats, so guns didn’t play much role in everyday cultural activities. These reasons, along with the high public trust the Chinese gov had among the people, ensure the laws were enforced strictly with little oppositions.

While Chinese citizens don’t privately own guns today, this was not the case for the majority of PRC’s existence. The level of armament among Chinese villagers would make even the most gun-loving hinterland Americans shudder during the Mao era.