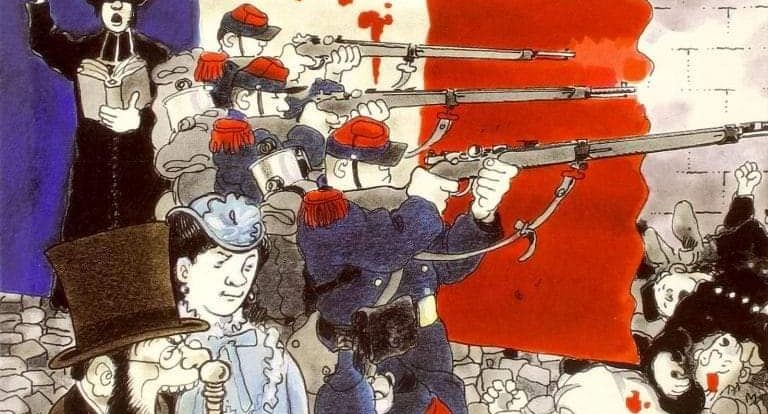 There’s always a time to remember…. 28 May 1871…. the final slaughter of the working class defence of the PARIS COMMUNE. For working class conscious people all over the world we remember 28 000 ordinary working folk, once with hopes and dreams of a better life and better world…. singing the Internationale…”a better world’s in birth”…. now lying in heaps like lifeless carcasses across the streets of Paris.

The sadness is palpable. For all workers in local government, for all who believe that the most import part of government is not Parliament but City Hall and Town Hall and Street Committees…. this is our day of remembrance. This was what the Communards were all about…. All Power to the People…. All Power to the Commune….All Power to the Soviet…. these are the names in France and Russia for what we call Local Government Councils. The Communards were not about centralization of power and corporatisation in the form of huge nationalized workplaces. It was all about devolution of Power to the People…. people friendly self-government. The real winners of the 20th and 21st century has been the huge corporations and the nationalized corporations are no different.. the real winner was Fascist Nationalism. At this the remains of the day I bid you good night as I remember the Paris Commune and the ideas it once stood for.