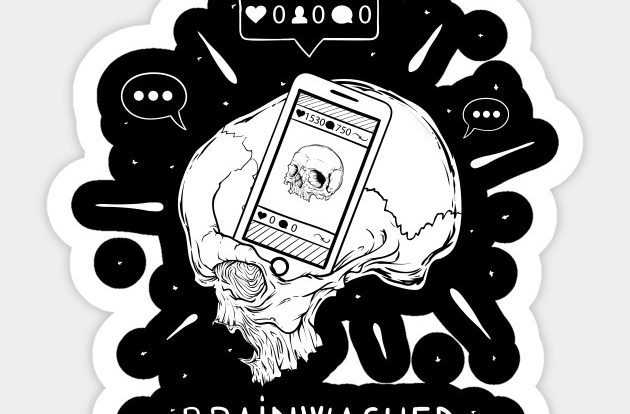 Before I start this new article on my blog, I just want to say; that hearing something new is always beneficial to your thinking process because new ideas force us to challenge what we assume was true and science teaches us that true facts can withstand any challenge.

I also want to appeal to our commitment to freedom of speech by challenging you to try your best to listen and understand the following information with an open mind, because to truly value freedom of speech we must be willing to listen to different ideas even if they seem unfamiliar and uncomfortable. It must be said, that freedom of speech has no meaning if no one is listening. Let’s also remember that while we all have beliefs, at the end of the day logic and facts should always triumph over belief.

Just like all the major media conglomerates suggest, it is true that there is a war happening in Hong Kong. But it might not be what you think, because the reason why Hong Kong situation is the most reported story in the world is because the Hong Kong “protest” actually serves as a proxy war or PR war that has been launched by the USA on the People’s Republic of China, the second-largest economy in the world. While the western media alliance tries to convince us that the Hong Kong situation is all about “democracy & freedom”, as it always says when western countries try to invade or interfere in foreign lands.

The reality is that the real war is being fought for the hearts and minds of all the citizens on earth. The main battleground is happening in our living rooms, on our phones when we read the news. And on all the social media platforms that we use every day. Since just a few of the richest families in America control most of the major media conglomerates. As well as the 3 global mega monopolies of social media: YouTube, Facebook, and Twitter. This war is obviously a one-sided massacre with China being put up on a social media firing squad every single day and night.

But let’s talk about the super exciting foot soldiers that are glamorized and given Rock star treatment by the western media. In every war, you need your frontline soldiers and you better believe that when you’re trying to take on the second-largest economy in the world, you’re going to have to have a committed diehard force to complete the mission. But what is the best way to win? When looking back on the last few centuries of European global domination through colonialization and foreign interventions history tells us that the most effective strategy is famously known as Divide & Conquer. Now, think about it for a moment. Instead of spending billions of dollars in weapons, communication systems, medical experts and equipment, transportation, soldiers’ salaries, food, housing, etc. And instead of sacrificing the lives of your own countrymen you simply have your enemy kill themselves by exploiting whatever differences that they might have. In the most cynical way, it is an absolute bargain. All it costs is the funding of a culture or a media PR campaign with the goal of sowing distrust, discord, and hatred in order to divide society.

One of the perfect tools used in divide and conquer is fabricating disgusting stories about one group within a nation in order to dehumanize and demonize them, this is historically known as scapegoating. And it’s been used throughout history, the divide and conquer strategy relies on the most advanced and modern forms of Psychological operations or PSYOP’s which we used to call, mass brainwashing and propaganda. This strategy slowly creates a belief system in people, which then convinces them to perform the ultimate betrayal, turning against your own nation, their own family and friends.

But who could possibly be stupid enough to stab their own nation-state in the back?
Who would be so easily manipulated, they can even be convinced that some ideal is more valuable, then your own flesh and blood family. Or to believe that some ideal is even more precious than life itself.

Only the young are impressionable enough to fall for this, only the young mind with its boundless imagination and its strong tendency towards idealism could be so easily infiltrated. While young people are so willing to do good for the world, they are usually unaware of history, geopolitics, and foreign propaganda campaigns. Making them east targets of indoctrination.

So, how does it all work you may ask. The first step is to create an alternative reality, in other words, a media environment that forces a young person to believe that their own motherland is in fact their enemy. The western media conglomerates have successfully done this by dominating T.V networks, blogs, newspapers, radio and controlling what goes viral on YouTube, Google and Facebook they even have influence over YouTube vloggers. The western media bloc, controlled by just a few successfully paints a bleak picture of the world, that seems to be united in its hatred of a Communist China, or a rogue, Islamic Iran r an unbelievably stubborn Russia, how convenient that every nation on Earth that refuses to be controlled by the USA, just happens to be the same places that the media claims to be the evilest and scariest places on earth.

There are few if any media companies that ever dare to present a storyline that contradicts the western media block’s point of view, but even when that rare moment does occur, the western media simply ignores it, maneuvers quickly with distraction or suppresses it. Through any means possible, like music, video games, movies, TV shows, the mass media bombards a young mind with false accusations after false accusations, repeated 24 hours a day 365 days a year. It would be impossible for a young mind to see a media campaign for what it really is, brainwashing to change their belief system. After all the famous propagandist Goebbels once said, “If you tell a lie big enough and keep repeating it, people will eventually come to believe it.”; big lie after big lie, even a fully mature adult would feel helpless and likely succumb to such a psychological carpet bombing. It’s nothing but a quest of the western imperialists to take down its arch-rival, China.

How could the media, whose sole purpose is to inform the people and to equip them with the knowledge needed to understand and navigate the world, be the exact same force that is creating false narratives? It is exactly because they are not in the business of reporting information in today’s polarized world, they are now in the business of manufacturing an alternative reality to win the greatest economic and technological cold war the world has ever seen.

Whose side will you stand on? The side that purposely lies to you? Or the side you still haven’t had the chance to really see or understand; perhaps it’s time to unplug from the western media matrix and see how beautiful the world really is.