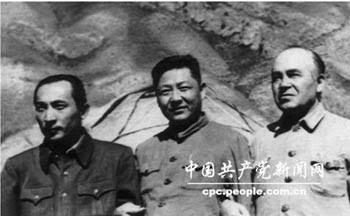 Uyghur revolutionary and Communist,
Lt General of the PLA, Secretary General
of the CPC Xinjiang Committee,
Vice Chairman of the NPC & CPPCC.

On his right is Xi Zhongxun, father of Xi Jinping. President Hu Jintao attended his funeral.

In Xinjiang,
out of the 1.6 million Communist Party memebers 38.6% are ethnic minorities.

There are 2 Uyghurs 1 Kazakh in the CPC Central Committee. Ethnic minorities serving as state leaders is a tradition since the beginning of the PRC.