Everyone can feel that a profound change is underway! (China) 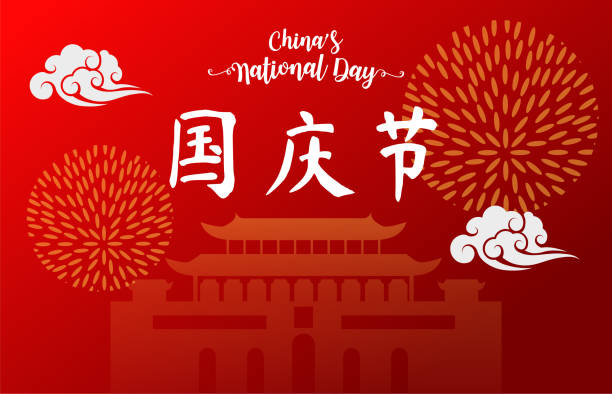 Everyone can feel that a profound change is underway! (China)

The Chinese entertainment industry has always been lacking in stinking fierce materials. Not long ago, Wu Yifan and Huo Zun’s chaos and Zhang Zhehan’s visit to the Yasukuni Shrine to worship ghosts have been reported. Recently, Hunan Satellite TV host Qian Feng was suspected of rape. She always makes people feel that the Chinese entertainment industry has sucked. If we don’t rectify it, not only the entertainment circle will be horrible, but the entire cultural circle, literary circle, performing arts circle, and film and television circle will also be horrified.

In the past two days, the storm has risen again and the chaos in the entertainment industry has been hit. The Central Cyberspace Administration of China has made heavy efforts to rectify the “rice circle”. The State Administration of Taxation has punished Zheng Shuang for tax evasion and evasion of 299 million yuan. What does the heavy blow mean?

On August 25, the Central Cyberspace Administration of China issued a notice to strengthen the management of chaos in the “rice circle”, and put forward ten requirements for the treatment of chaos in the “rice circle”: one is to cancel the list of celebrity artists, and the other is to optimize and adjust the ranking rules. The third is to strictly control the star brokerage company, the fourth is to regulate the fan group accounts, the fifth is to strictly prohibit the presentation of mutual tearing information, the sixth is to clean up the illegal group section, the seventh is to not induce fans to consume, the eight is to strengthen the management of program settings, and the nine is to strictly control the failure. The tenth aspect of adult participation is to standardize fund-raising behaviors for assistance. The notice specifically mentions the need to improve political positions, from the perspective of maintaining online political security and ideological security, creating a clear cyberspace, and advancing the management of chaos in the “rice circle”. Obviously this is a political action, and all localities must understand this rectification action from a political perspective.

Coincidentally. On August 27, the State Administration of Taxation announced the punishment decision on the tax evasion case of artist Zheng Shuang. After investigation, Zheng Shuang starred in the TV series “A Chinese Ghost Story” in 2019. He agreed with the producer for a remuneration of 160 million yuan, and actually obtained 156 million yuan, which was collected in two parts. Among them, the first part is 48 million yuan, which is to change personal salary income into corporate income for false declaration and evasion of taxes; the second part is 108 million yuan, where the producer signs a false contract with Zheng Shuang’s actual control company in the form of “capital increase” Payment, evade industry supervision to obtain “astronomical remuneration”, conceal income, make false declarations, and evade tax. In the “A Chinese Ghost Story” project, Zheng Shuang’s illegal facts were found to be 43.027 million yuan in tax evasion, and other taxes were underpaid 16.177800 yuan. At the same time, it was found that after regulating the taxation order of the film and television industry in 2018, Zheng Shuang had other performance income of 35.07 million yuan. There were also problems with changing the nature of personal income in the name of corporate income and making false declarations. According to Zheng Shuang’s illegal facts, he was determined to be tax evasion by 224.26. RMB 10,342,900 in other taxes were underpaid. In total, Zheng Shuang failed to declare his personal income of 191 million yuan from 2019 to 2020, evaded taxes of 45,269,600 yuan, and underpaid other taxes of 26,520,700 yuan.

According to relevant laws and regulations, Zheng Shuang was fined a total of 299 million yuan in tax collection, late payment fees and fines. Among them, the tax recovered according to the law was 71,790,300 yuan, plus a late fee of 8,889,800 yuan; a four-fold fine of 30,695,700 yuan was imposed on the portion of tax evasion that changed the nature of income; and the so-called “capital increase” was imposed on the portion of tax evasion that completely concealed income. “The fine is 188 million yuan. According to the “Criminal Law of the People’s Republic of China”, if the fine is not paid within the prescribed time limit, the tax authority will transfer it to the public security authority for handling. The State Administration of Radio, Film and Television issued a notice requiring radio and television broadcasting organizations at all levels, radio and television video-on-demand business establishments, and network audio-visual program service organizations not to invite Zheng Shuang to participate in the production of programs, and to stop broadcasting programs that Zheng Shuang has participated in. Recently, Zhao Wei, who often appears on the headlines of various news lists, has had an accident again. On August 26, Zhao Wei’s super words disappeared on Weibo, and many dramas such as “Return to the Pearl” and “Deep Love in the Rain”, Zhao Wei was deleted from the credits displayed on the websites of Tencent and iQiyi Go to the name.

Ordinarily, Zhao Wei should have disappeared from the Chinese public view more than 20 years ago, but she has become more and more developed. Twenty years ago, she appeared in the public eye wearing the rising sun flag of the Japanese invaders and was punished by the entire network. She was not banned. Instead, she called the cloud and the rain in the Chinese capital market, and was hailed as the Chinese female version of Buffett. At that time, she was fighting fiercely with Ma Yun, Wang Lin and other masters. She was able to control public opinion, and negative news about her was often cleared. Later, in her film “No Other Love”, the male protagonist Dai Liren was a diehard Taiwanese independence element, and the female protagonist Kiko Mizuhara was a Japanese anti-Chinese activist who supported the visit to the Yasukuni Shrine. This caused public outrage. What is strange is this one. The matter was quickly calmed down. Recently, Zhao Wei’s actor Zhang Zhehan has appeared at the Yasukuni Shrine many times, making Nazi gestures and making friends with the Japanese right wing, which has aroused public outrage among the people across the country. The problem remains that no matter how much negative news there is, Zhao Wei will never fail. This is always a mysterious problem. Now it seems that it is not not that it is not reported, it is not the time.

Another American Gao Xiaosong who was removed from the shelves at the same time as Zhao Wei, my country’s Internet and TV stations have long had his programs “Xiao Shuo” and “Xiao Song Qi Tan”, etc., he talked nonsense about history, Chongmei kneeled and flicked He criticized the Chinese to become his fans.

How do we feel about what happened in just two days, from the rectification of the rice circle to the punishment of Zheng Shuang, to the banning of Zhao Wei and Gao Xiaosong from the shelves? If we look at this series of events from a higher political level, we will discover the historical trend and development trend of a country from some details.

From the suspension of Ant’s listing, to the central government’s rectification of economic order and anti-monopoly, to the 18.2 billion fine of Ali and the investigation of Didi, to the grand commemoration of the 100th anniversary of the founding of the party by the central government, the proposal to take the path of common prosperity, and the recent chaos in the entertainment industry The series of rectification actions by the People’s Republic of China are telling us that China is undergoing major changes, from the economic, financial, cultural, and political fields to a profound change, or a profound revolution. This is a return from the capital group to the masses of the people, and this is a transformation from capital-centered to people-centered. Therefore, this is a political change, the people are becoming the main body of this change again, and all those who block this people-centered change will be discarded. This profound change is also a return, a return to the original intention of the Chinese Communist Party, a return to the people-centered nature, and a return to the essence of socialism.

This change will wash away all the dust. The capital market will no longer be a paradise for capitalists to get rich overnight, the cultural market will no longer be a paradise for nymphomaniac stars, and news and public opinion will no longer be a position to worship Western culture. Red returns, heroes return, and bloody return. . Therefore, we need to control all cultural chaos and build a lively, healthy, masculine, strong, and people-oriented culture. We need to combat the chaos of big capital manipulation, platform monopoly taking all, and bad money driving out good money in the capital market. Guide the flow of funds to entity enterprises, to high-tech enterprises, and to the manufacturing industry. The ongoing chaos of governance and education starting from governance training institutions and school district housing, so that education can truly return to civilians and fairness, so that ordinary people have upward mobility. Space, in the future, we will need to control high housing prices and high medical expenses, and completely level the three mountains of education, medical care, and housing. Although we are not trying to kill the rich and help the poor, we need to effectively solve the problem of increasing income gap between the rich and the poor. Common prosperity is to allow ordinary workers to obtain more income in the distribution of social wealth. This change will bring a series of new weather to our society. The current efforts to rectify the entertainment, art, and film and television circles are far from enough. We must use all means to combat the various star-chasing and fan-chasing phenomena that exist in the current society. , Completely put an end to the phenomenon of “girly guns” and “small fresh meat” in the social character, and truly let the entertainment, art, and film and television circles be upright and upright. Laborers and ordinary people have become the masters and protagonists of literature and art.

China is currently facing an increasingly severe and complex international environment. The United States is implementing increasingly severe military threats, economic and technological blockades, financial strikes, political and diplomatic siege against China, and is launching biological warfare, cyber warfare, and public opinion against China. Wars and space wars have increasingly launched a color revolution against China through the fifth column within China. If at this time, we have to rely on those big capitalists as the main force of anti-imperialist and anti-hegemony, and are still catering to the American nipple strategy, so that our young generation loses their strong and masculine vibes, then we don’t need enemies to fight. I fell first, just like the Soviet Union back then, letting the country collapse, letting the country’s wealth be looted, and letting the people fall into serious disaster. Therefore, the profound changes currently taking place in China are precisely in response to the current grim and complicated international situation, precisely in response to the brutal and ferocious attacks that the United States has begun to launch against China.

Every one of us can feel that a profound social change has begun. Not only the capital circle, but also not only the entertainment circle, it must not only destroy the dead, but also repair the wounds, clean the house, freshen the air, and make our society healthier. Let social subjects feel physically and mentally happy.